A minimum of three years pre-medical college studies is required for acceptance into one of the 16 accredited chiropractic colleges in the US. The Doctor of Chiropractic degree (DC) is earned after an additional four years of study. The doctor of chiropractic is educated extensively in anatomy, physiology, pathology and diagnosis. As a primary care physician, the DC is trained to perform a diagnostic evaluation which may include a patient history and examination, clinical laboratory tests, diagnostic imaging, and evaluation of the spine and musculo-skeletal system. In addition to completing the Doctor of Chiropractic (DC) curriculum, all chiropractic physicians must pass parts one, two and three of the National Board Exam and in some cases a state exam. Some chiropractors take additional training and go on to attain chiropractic board certification in various specialties such as radiology, sports medicine, orthopedics and neurology, to name a few. All Chiropractic colleges are regulated and accredited by the Council on Chiropractic Education. In the State of Virginia, Doctors of Chiropractic are regulated by the Virginia Board of Medicine. The board contains representatives of various health care professions and includes a DC.

Generally, a visit to a chiropractic physician will include a case history, examination and in some cases, X-ray imaging. Most of the conditions chiropractors see are related to the musculoskeletal system, especially the spine. Research is ongoing as to what other health problems can be helped by chiropractic treatment but preliminary findings suggest a connection to a variety of non musculoskeletal conditions. No drugs or surgery are used.

Chiropractic practices vary in their emphasis. While some emphasize treatment of neck, back and musculoskeletal pain, some specialize in prevention, using periodic chiropractic spinal manipulation to assist in the maintenance of a healthy lifestyle. Others may employ nutrition, biomechanical training, exercise, heat, electrical muscle stimulation, traction and other drugless methods.

Virtually all chiropractors use the "adjustment”, also called spinal manipulation, to correct mechanical problems in the spine. There are a variety of methods to manipulate the spine but most involve a short "thrust” to the area of concern to restore mobility and function and bring relief. Sometimes the manipulation is accompanied by a painless "crack” sound as the vertebrae releases.

Chiropractors are licensed in all fifty states. Chiropractic treatment is covered by Medicare, Federal Workers Comp, Auto insurance and most Major Medical Plans. The US Congress as well as many professional sports teams have a doctor of chiropractic on staff. The American Medical Association states: "Manipulation has been shown to have a reasonably good degree of efficacy in ameliorating back pain, headache, and similar musculoskeletal complaints”.

Research shows that manipulation is both safe and effective resulting in fewer complications than aspirin. The majority of studies show that for low back pain in particular, manipulation is more effective than other forms of treatment such as medications. Those interested in reading more about chiropractic research may wish to visit the American Chiropractic Association’s research page.

If you are with the media and would like more information about chiropractic in Virginia or chiropractic research, please contact the VCA at 540-932-3100. 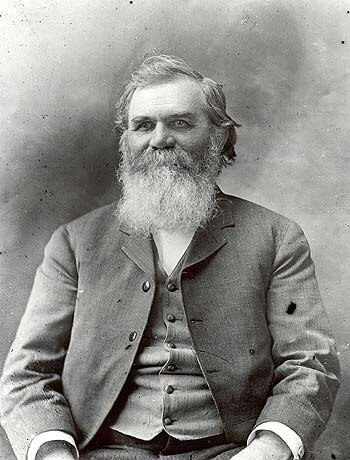 While reference to spinal adjustment is found in ancient Greek and Chinese literature, modern-day chiropractic began in 1895 when D.D. Palmer, a longtime student of anatomy and physiology noticed the anatomical connection between spine, nerves and body function. Palmer reasoned that a problem in spine could be the cause bodily illness if the nerves could not communicate with the rest of the body. Palmer theorized that spinal bones could go "out of place” or "subluxate” and interfere with nerve transmission. This could be corrected by an "adjustment”. D.D. Palmer believed that all living beings are endowed with "innate intelligence” which regulates all the body's vital functions as it flows through the nervous system. The primary role of the Chiropractor, Palmer believed, was not to treat conditions but to remove nerve interference caused by subluxations. Then the innate intelligence could perform its role in maintaining health without the need of medication or surgery.

Palmer’s theory was developed at a time when medicine still had few effective drugs, no antibiotics and no standards of education or medical care. Since then, research has shown that while chiropractic treatment is not a "cure all”, the effect of the spine on the nervous system can have significant and wide-ranging effects.

Patients visiting chiropractors and other holistically-oriented physicians who serve as primary care providers (PCPs) have lower utilization costs and higher patient satisfaction levels than patients treated by conventional medical doctors, according to a study published in the May issue of the Journal of Manipulative and Physiological Therapeutics that tracked data from a unique Independent Physicians Association (IPA) where chiropractors serve as first-contact, primary care physicians.
"The escalation of medical expenditures remains an urgent problem in the United States and it’s becoming quite clear that cost containment strategies by conventional medical providers are failing to achieve even mediocre results,” said study coauthor James Winterstein, DC. "This study confirms that integration of allopathic, chiropractic and other complementary and alternative medicine (CAM) providers can positively impact patient quality of care while limiting overall costs. This approach to patient care has great potential to improve the U.S. healthcare system.”

Led by Richard Sarnat, MD, researchers directly compared cost and clinical utilization data from an integrative CAM Independent Physicians Association (IPA) with conventional medical IPA data from members enrolled in a traditional health maintenance organization (HMO). The recent report analyzes data from 2003 to 2005 and is a follow up to the original report published in 2004, which compared data from 1999 to 2002.

Researchers found that over the course of the seven-year study, patients visiting chiropractors and other CAM-oriented PCPs had 60 percent fewer hospitalizations, 62 percent fewer outpatient surgical cases, and 85 percent lower pharmaceutical costs when compared with total network HMO utilization rates and costs. The chiropractors and other CAM doctors treated and managed cases ranging from upper respiratory tract infections and allergies to headaches, orthopedic and other medical conditions.
In 2005, the chiropractic PCPs managed 60 percent of their enrolled patients without requiring a referral to a conventional medical specialist. These data mirror the 2001 findings, which also demonstrated that 60 percent of the patient population within the integrative IPA was solely managed by their chiropractic PCPs.

"The most current data from our ongoing study suggests that doctors of chiropractic are well-suited to provide patients with valuable primary-care services,” Dr. Winterstein notes. "We have demonstrated that it is possible to deliver CAM-oriented primary care in a highly regulated environment without compromising either quality or safety.”

Patients reported on the quality of care they received through the use of annual patient satisfaction surveys. On average, data from patients enrolled between 2003 and 2005 demonstrated a high degree of satisfaction (96 percent, 94 percent, and 91 percent, respectively). These findings were similar to data from 1999 through 2002 (100 percent, 89 percent, 91 percent, and 90 percent, respectively). The integrative CAM patients consistently rated their experiences more positively than did members enrolled within the HMO’s conventional medical IPAs.

To receive an electronic copy of the study, contact Angela Kargus at the American Chiropractic Association, akargus@acatoday.org.

The Journal of Manipulative and Physiological Therapeutics, the premier biomedical publication in the chiropractic profession and the official scientific journal of the American Chiropractic Association, provides the latest information on current research developments, as well as clinically oriented research and practical information for use in clinical settings.

[Reprinted with permission from the American Chiropractic Association.]

Research compilation from the Foundation for Chiropractic Progress Expand

Chiropractic care: for your health and wellness.

Jerry Rice, one of the NFL's greatest all-time players who was inducted into the NFL Hall of Fame in August of 2010, shares his chiropractic experience.

Following are short presentations on Neck Pain, Back Pain, and Chiropractic from West Hartford Group, Inc., a think tank that provides information about Chiropractic as a patient-centered, evidence based, non-surgical spine specialist.